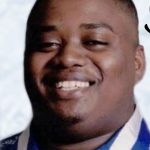 Robert Ned Anderson, Jr. confessed to Jesus Christ as his Lord and Savior at an early age and joined Jones Chapel Missionary Baptist Church where he remained a member until he passed. He was a family man who enjoyed playing spades, dominoes, baseball, basketball, and coaching. He loved to fish with his father and spending time with family and friends. He was employed at Shelby Grocery, Witt, and Western State until his health failed. He is preceded in death by his father Robert Ned Anderson; grandmother: Ellie B. Anderson, brother Calvin Wayne Gibson; grandfather David Spencer; five aunts; and a god brother: Eric Cheairs.