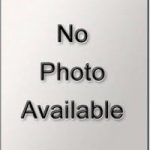 Robert was born on November 11, 1959 in Memphis, Tn to Roxie Lee Brooks and the late Joe Nathan Hardge, Sr.

He graduated Fayette Ware High School. After graduating Robert became a licensed and certified truck driver. He was employed with Mainstream Trucking Company.

Robert received Christ in his life at an early age and later united with Skipper Springs Church of Grand Junction, Tn.