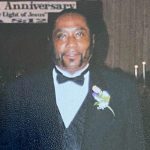 Bill relocated to Kokomo in 1975. He was employed by Chrysler Transmission Plant for 31 years, where re retired in February of 2007.

Bill enjoyed going fishing, playing cards, and going to horse track. One of his beloved teams of all was the St. Louis Cardinals. He enjoyed spending time with his family and grandkids.