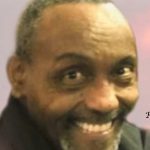 On March 22,2019 God open gates to Willie Ray Moffitt. Willie was born November 14, 1955 to Floyd and Raymell Moffitt. He was the 10th child of 17 children. Willie grew up in Lexington in the rural area of old Jackson Rd. Him and his siblings enjoyed playing in the woods and fishing in the creeks. He attended Westover elementary School and later Montgomery High School. In the late 80’s. Willie gave his life to Christ at Saint Paul Baptist Church where he was a part of the gospel choir.

Later Willie meet a loving, caring, sharing, lady Ms. Essie Mae. She made him sparkle and of September 4, 1993 they married. They attended Keys Chapel untiled Methodist Church. They shared 20 years together with two god-daughters: Kim (Neal) Bumpass and Emily (Devon) Johnson. Uncle Willie and Aunt Cook loved spending time with their nieces Alisha and Erica as well as their children Isiah, Ariana, and Anayah and Kandace in which he renamed them rambling man, sugarfoot, and sweetpea. Willie began his work career at Centre Electric in 1975 then went to construction and mechanic work ending his career of fifteen years at MIG due to a stroke.

Throughout Willie’s life he was known for his various names. As a child he was called Paul. While hanging out at The City Café a friend gave him the name “Setback” it stuck with him for years. But as he aged and got married, he became “Brother Love” and before his passing he was just Uncle Will.