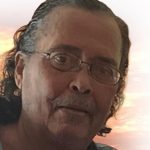 Lawrence Turner was born on September 1, 1956 to the union of Leo and Margie Allene Turner. He departed this life on October 19, 2020 at Allenbrooke Nursing and Rehabilitation Facility in Memphis, Tennessee after a lengthy illness.

Lawrence moved to Grand Junction and was raised by his grandparents, Margie and Henry Fason from elementary school through completion of high school, graduating from Middleton High School at age 17. Upon
graduation, he enlisted in the Navy, serving 4 years. While serving his country, he also enjoyed the experience of travelling where the missions would lead.

Lawrence returned to Grand Junction where he lived a fulfilling life. He married his high school sweetheart, Bernestine “Furl” Prewitt after serving in the Navy and was employed by Glasteel in Collierville for a number of years until he became ill.

Lawrence was an avid reader with literally hundreds of books, a prized procession of his, with an insatiable thirst for knowledge. He kept his mind stimulated by learning as much as he could even though he was unable to work any longer.

His love of learning and experimentation led him to an interest in robotics, thus allowing him to build a prototype robot from scrap steel.

He spent countless hours in his shop tinkering with his many gadgets and continual projects.

A very private and humble man, Lawrence will truly be missed by all who knew and loved him.

A special thank you is extended to all who impacted Lawrence’s daily life, especially his case manager, Kim; nurse’s Ludana and Tammy, his caregiver, Stephanie Williams and Milton Gibson.