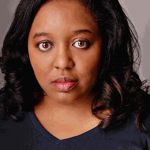 Ms. LaQuita Chantelle “LuLu” James, a well-known member of the theater, film, and voice over communities in Nashville and beyond made her transition on Thursday, June 17, 2021 at her home in Antioch, Tennessee. LaQuita was a professional actress and appeared in TV shows, feature films, and numerous regional and national voice-overs. She has appeared in co-starring roles on Hap & Leonard, Still the King, and Nashville along with supporting roles in several feature films. She was voted Indyville Actress of the year and received a Broadway World award for Best Featured Actress in a Play for her portrayal of Lasonia in Trials & Tribulations of a Trailer Trash HouseWife. She was nominated three times for Best Supporting Actress in the 54 Hour Film Festival and won Best Supporting Actress twice (2020 and 2021). She is also a certified speech-language pathologist, podcaster, voice-over artist, musical theatre singer, and cellist. LaQuita has narrated for TIME, Huff Post, and Reuters. She had a supporting role (Katrina) in the popular audio drama Margaritas & Donuts featured in the New York Times. She narrated the Caldecott Honor Award-winning book Thank You Omu by Oge Mora and the best- selling book The Girlfriend’s Guide to Pregnancy by Vicki lovine. She has narrated audiobooks for Audible, Hachette Audio, Harper Collins, and other well-known publishers. LaQuita was an avid reader and loved Harry Potter and Jane Austen. LaQuita was also an animal lover.

LaQuita is the daughter of Charles and Sherry Kay James of Decaturville, Tennessee. She is survived by her parents Charles and Sherry Kay; a sister Elizabeth James; a brother Tyrone (Louise) James, her Aunts Ida Mae James and Cora Jane James; her uncles Johnny Mack and Donald James; two God Children Orlandis Maise and Cameron Hutton and a host of nieces and nephews; her best friends since elementary school, Karen Hutton and Terrand Tole; a host of relatives and friends and her beloved cat Gracie Lou Freebush.

In lieu of flowers, donations may be made to the Humane Society or to your favorite charity in LaQuita’s name.