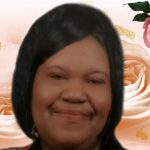 She accepted Jesus Christ into her at an early age of life and later became an active member of Healing Hearts Church. Where she remained a faithful member until her death. Under the leadership of her daughter Apostle Latese Woods Jones & Bishop Jeffery Jones. She worked for and retired from Industrial Work of over 45 years.