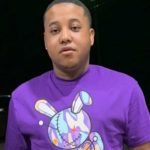 Deondrais was known as â€śDreâ€ť to all that knew and loved him. He attended Hardeman County Schools and graduated from Middleton High School in 2019.

He later joined New Victory Baptist Church under the leadership of Pastor Robert Camper where he remained a member until God called him home.

Dre loved life, he loved spending time with his family and friends. He loved shopping, especially for shoes. He was a comedian and loved making people laugh.