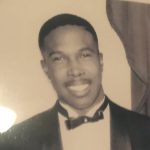 Corey was known to his family and friends as “Coco.” He graduated in 1990 from Riverside High School in Parsons, TN. He went to college at UTM in Martin, TN. He enjoyed playing basketball and bowling. He won numerous competitions as a Tennessee Walking horse rider. “Coco” Corey enjoyed caring for Xavier and Malik, his daughter, grandchildren and God children. He was a Mason and he enjoyed being a member of his church, Oak Grove Missionary Baptist Church in Martin, TN, where he sang in the choir. He received Christ and at an early age. He worked at Wal-mart for many years. Corey married Sheila Alexander in 2000 and to this union a beautiful angel girl named Destinee became his daughter.

Corey was preceded in death by his parents and wife.